This week over on Instagram I have been talking a lot about “silage harvest” and posting pictures of the lunches we have been cooking up to feed our hungry crew. One of my followers asked a great question: “What is silage used for?” and I decided to give this one a little more in-depth answer! 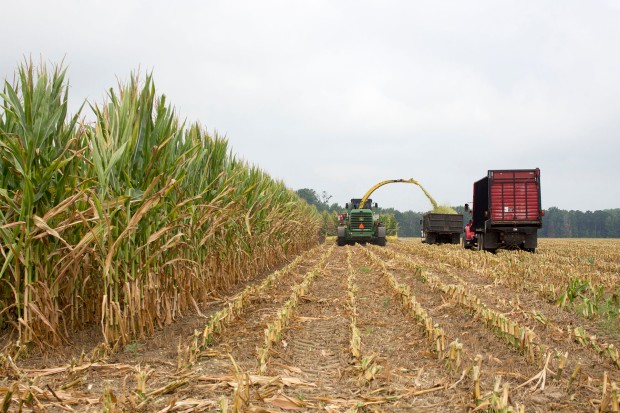 In short, silage is any forage that is harvested, stored, fermented, and fed.

Silage is defined in the dictionary as “fodder (such as hay or corn) converted into succulent feed for livestock through processes of anaerobic bacterial fermentation (as in a silo).” [Fodder isn’t a very common word these days but it’s just another way to say food for animals]

Silage can be made from corn, sorghum, wheat, or other forages (did you know corn is actually a grass?!) – on our farm we do corn silage. We refer to silage corn as “field corn” as it is much different from “sweet corn” grown for human consumption. Animals (including humans) that are monogastric are only able to digest the ear of corn but because cows are ruminant animals, they can digest the entire corn stalk. So for this reason, the entire corn stalk is chopped (including the ears of corn) into small pieces about 1″ in length. 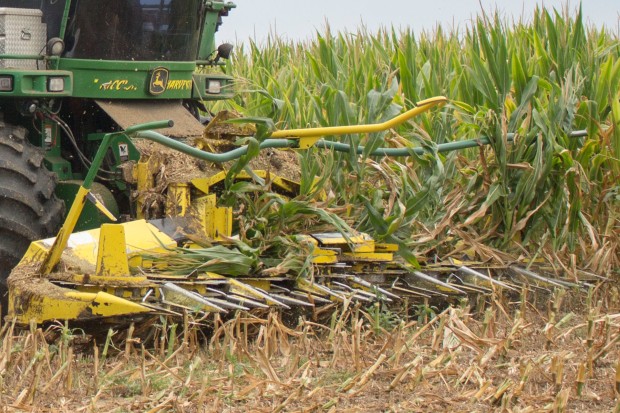 After the corn is chopped, it is transported to concrete pits or silos. We have three different concrete pits that are filled each summer. The chopped corn is dumped into the pits and then packed down tightly to remove oxygen. Once it’s packed, the pits are covered with plastic to prevent oxygen, weather and animals from getting in and ruining the silage. 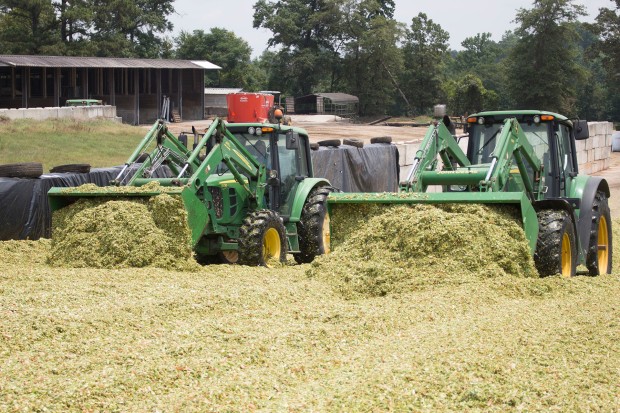 Once covered, the fermentation process begins. Fermentation happens under aerobic conditions (without oxygen) so the packing and sealing of the pit is very important.  In just two short weeks the bacteria present in the pit will have fermented the sugars. Because the harvesting process captures the energy contained both in the stalk and the ear at chop time, corn silage has a greater net nutrient value to cattle as compared to harvesting corn for grain, which is the traditional sense most people think about harvesting corn. 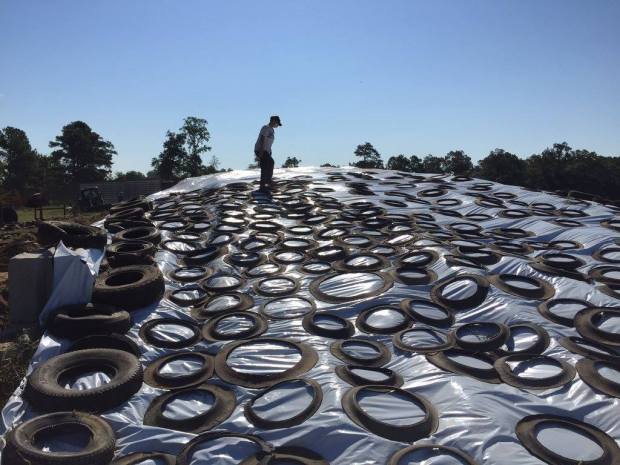 Over the next year we will use the silage to mix into our feed. While our cows primarily eat grass, their diet is supplemented with a mix of corn silage, “out of date” fruit and vegetables from local grocers, distillers grain, corn gluten, whole cotton seed, hominy, and stored hay. (More to come on what we feed our cattle and how their ruminant digestive systems make them the ultimate recyclers in future posts!)

As for the boys, they build up quite the appetite working from sun up to sun down. They don’t stop to eat lunch so I try to provide a hearty but balanced meal that can be eaten on the go. 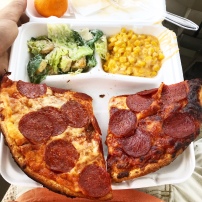 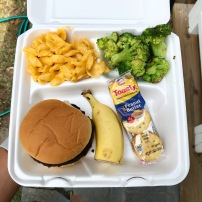 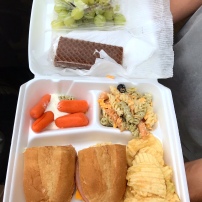 Silage week is one of the busiest and longest weeks of the year around here but the herd will benefit from our hard work all year long.